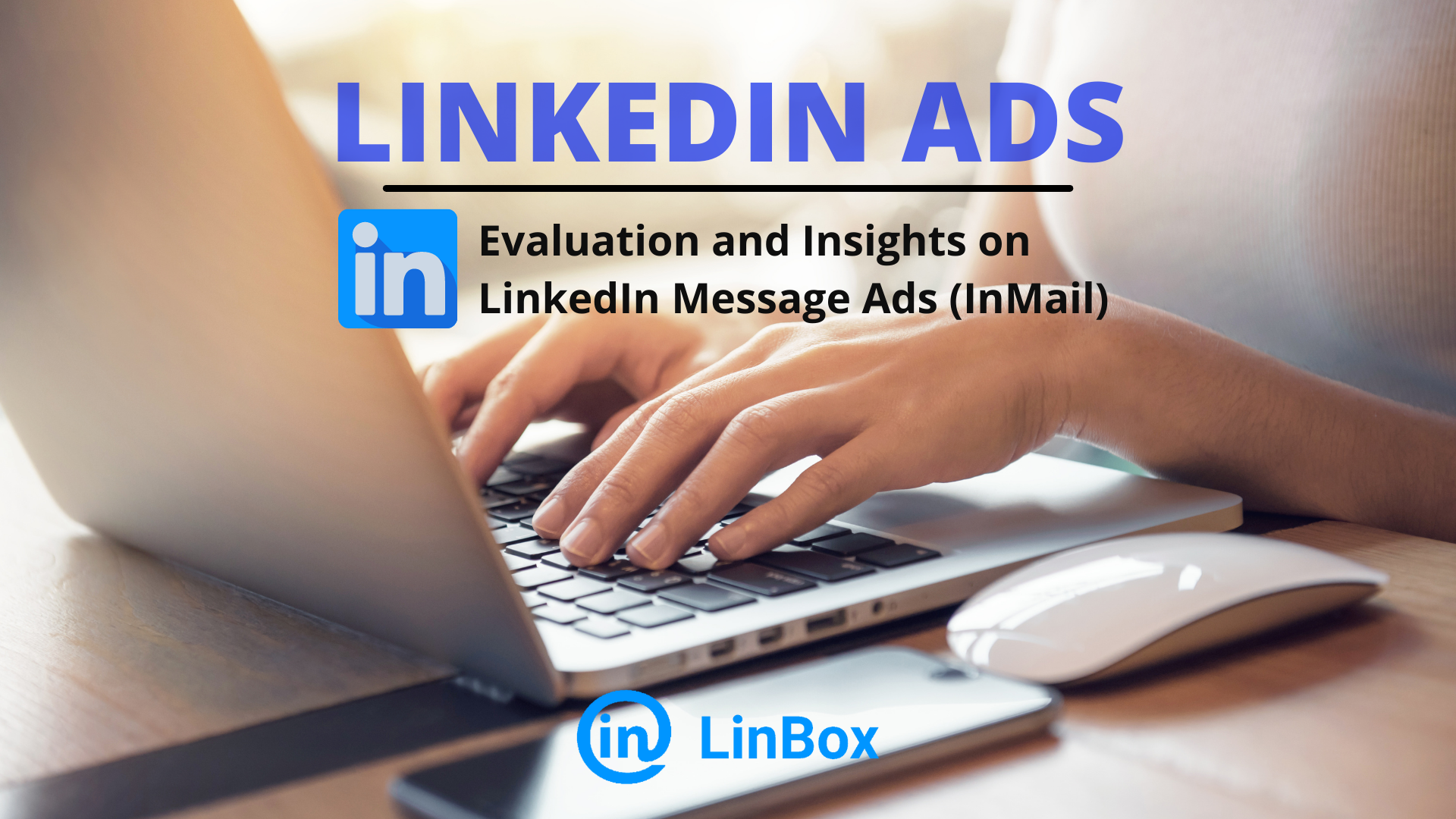 A Detail not on LinkedIn’s InMail Message Ads

Have you ever found yourself asking which ad format on LinkedIn is most useful? Well, today I’m going to share my encounter with one of the most controversial features formats LinkedIn offers- the InMail, or I can also say the newly rebranded Message Ads. I’ll term it as an InMail because according to me this is the name you all are familiar with. After you are done reading this, I hope some points to ponder upon which will stay with you are to create a LinkedIn campaign.

The Advantages of LinkedIn Message Ads

Most of the people in this world like to hear good news before bad news and I’m no exception. Keeping this tradition alive, we’ll first look at the good news about this feature. InMail provides quite stylish customization features, like messages that include the receiver’s first and last name, job title and/or name of their organization. Inserting these dynamic fields to your ad message allows you to give a personal touch to your ads. Doing this raises a usual ad to a customized invitation.

For your highly specialized and special offers, InMails are the best choice. On an average, it gathers a 50% open   rate. We’ll have a look at these three LinkedIn campaigns. Same target audience and bidding strategies were used by these three campaigns. What’s the difference? The ad format.

The one which is underlined with red color is InMail campaign and the other two are single image and video ad. I think what I've noticed about InMails is that your message will most likely be opened, if it reaches the right audience. Your chances of engagement are much higher if you compare with other ad types because you are delivering your content directly in a user’s inbox when they are active on LinkedIn. Let’s see an example: clicks are 1.5 to 1.75x higher for InMail campaign than single image and video ad clicks.

The Disadvantages of LinkedIn Message Ads

It’s time we see areas InMail struggles. To understand this better, let’s take the earlier taken campaign. It’s a known fact that InMail campaigns are costly. Here, you have to pay whenever you send a message instead when someone clicks on your ad. InMail campaign is the worst performer of the three because it spent the most but got the lowest conversion. What do you understand by this? Just because a user opened your message, there’s no guarantee they’ll go beyond that.

One thing you shouldn’t forget is that the “Average Clicks – Through – Rate” metric can be deceptive, because this doesn’t estimate the actual number link clicks, instead it measures the number of times the InMail was opened. If the above two images are to be compared, you’ll see the open rate of the InMail campaign was the same as the CTR of the InMail campaign. This also misleads us when we compare the average cost-per-click of InMail ads to other ad types. This is so because the number of opens is the base of calculating average cost/click of InMail ads.

Another disadvantage with InMail campaigns is that you can only send a limited number of InMails in a month.  The same message ad is only sent every 45 days to LinkedIn members. This could quickly tap out your audience depending on the size. One way to solve the problem of the limited number of InMail in a month is to set up various ads in the same campaign. If you do this your receiver will get multiple variations of the same message in 45 days. This way, your audience wouldn’t disappear quickly. It’s also a brilliant way to test subject lines or other elements of your ad by comparing them with each other.

Active InMail ads are difficult to edit. Edit option is not available here, you can see. This means if you find a typing error or your brand wants to send users to a different landing page, this cannot be done in an easy way. To solve this issue you need to create an identical ad, correct the wrong part, and remember to pause the old ad when you complete it. I mentioned “pause” and not “delete” because there’s no option available to delete active ads. This feature isn’t solely a problem of InMail ads, but it exists for LinkedIn’s entire ad format.

A question arises what is the right time to use an InMail campaign? My opinion is that it depends on the product/service you are offering and if there is a powerful message you want to deliver along with a hyper-targeted audience. For a B2B audience, I’d almost always use this ad format. This is so because according to me more than anything else it’s a useful formula to drive leads.

According to me I made a mistake by trying to use an InMail campaign on an audience who were not much familiar with the brand / product that was offered to them. I think the majority of the users as they were not familiar with the product / brand so they just opened the ad but didn’t take the pain to read the message or to take any further action. What I’m going to do is I will try to use this message format on my remarketing audience to test if they’re more open to this format.